Four political murders during the day!


Three journalists were killed in Ukraine during one day! Four political murders during the day! Where are human rights activists? Where is the world community? Where are statements of Merkel, Obama, Cameron and so on? Where is an uproar of Western media? Where is it? Your silence is murderous. Shame on all of you!

KIEV, April 15 /TASS/. Oleg Kalashnikov, the former parliamentary deputy from the Party of Regions, has been killed in Kiev, the press service of Ukraine’s Interior Ministry said on Wednesday. In some of its earlier reports the Ukrainskiye Novosti (Ukrainian News) publication wrote that  Kalashnikov had received death threats shortly before he was killed. He called for broad celebrations of the 70th anniversary of Victory in the Great Patriotic War. Kalashnikov was also known for his anti-Maidan views. He used to organize rallies against the incumbent authorities in Ukraine.

KIEV, April 16. /TASS/. A well-known Ukrainian journalist Sergey Sukhobok has been killed in Kiev, an Obkom news portal reported on Thursday. Sukhobok, a native of the war-hit Donbas, eastern Ukraine, had been working as a journalist since 1998. He was formerly an analyst of a Delovoy Donbas (Business Donbas) weekly. He has been recently working as a freelance journalist.

KIEV, April 16. /REGNUM/ Olga Moroz, the chief editor of local newspaper was killed in Ukraine. Her body was found with trace of violent death. 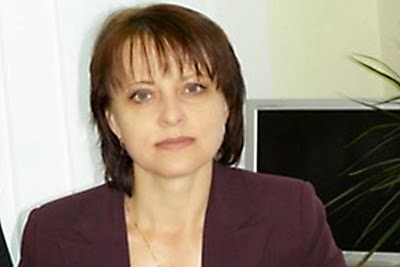 KIEV, April 16. /TASS/. A well-known Ukrainian journalist, Oles Buzina, murdered on Thursday in the country’s capital Kiev, has accused the country’s authorities in his last interview with the Vesti radio station that they are surrendering Ukraine’s interests.
"A political group that had chosen a strictly pro-Western course has seized power in Ukraine as result of coup d’etat," Buzina said. "Naturally, all cooperative ties with Russia in the shipbuilding, aircraft and machine building, where we had very strong positions, were derailed instantly. The country is facing unemployment and lots of people were simply left without money . All promises of the Maidan turned out to be shear storytelling. That part of the Ukrainian elite that calls itself pro-Western just surrenders Ukraine’s interests,"
Buzina, a well-known Ukrainian journalist, writer and TV presenter, had been shot dead near his home in Kiev from a dark blue Ford Focus with foreign number plates. He was the author of two books, including "Vampire Taras Shevchenko" and "The Union of Plough and Trident". Buzina used to be the editor-in-chief of the Segodnya newspaper but had to quit his post because of censorship in March this year.